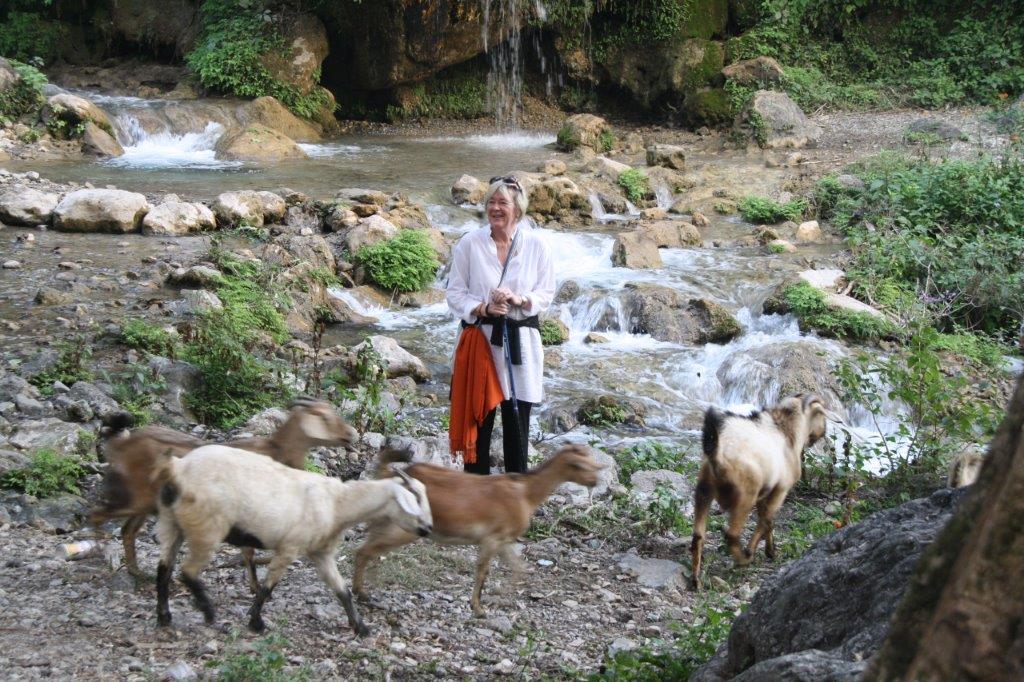 Just because we change our minds – does it mean we are fickle? indecisive…or just plain woolly minded? There are schools of thought which suggest that once you have made up your mind about something…you should stick with it…like how you vote, whether you prefer brown or white rice, the Stones rather than the Beatles, Bach rather than Mozart.  And yet things constantly shift and change, and so do we, as do our needs and tastes.

For instance I love being by the ocean, and yes the ocean rather than the sea, a river or a lake.  I like the drama of it, it’s constant changing sounds and shades…but I can also settle, for being on the water, by the water – even the aforementioned lakes and rivers not to mention the Caribbean, Aegean or the Med.  And yet I choose to live in the middle of a city.

However I recently came across this photograph which forcibly reminded me how much I am drawn to mountains.  I can’t think why, but I remember exactly when this later love affair began.  I was travelling in India and was offered a side trip to Simla, which I foolishly accepted, especially as it took almost six hours negotiating hairpin bends to arrive in a cloud filled town that resembled Aberdeen.  It was grey, it was raining, it was cold and everything was built from granite in that rather forbidding, unattractive Scottish Gothic style.  I knew I should have stayed on the plains, where it was warm, sunny and colourful. However the following morning was a revelation

Waking early I opened the brown damask curtains (!) to one of the most beautiful scenes I have ever witnessed….stretching out before me into infinity – icy cool in the early morning sun was the  magnificence of the Himalayas.  I knew instantly I wanted to get into them…and no, I had no ambition to scale heights, I simply wanted to mingle among them. So began holidays, trips, journeys walking in the foothills, gradually heading higher to Nepal,  Bhutan and onto Ladakh – the latter still one of my most favourite places in the world – even though our entire group suffered from altitude sickness at various points.

Covered in snow, mountains look as if they belong in a fairytale, while with the onset of spring and summer there is a joy about them from the carpets of wild flowers on the Alps to the rich forests of rhododendrons in the Himalayas…and then, autumn is a total riot of colour.   Mountains can be scary, forbidding, mouth wateringly beautiful even comforting. Walking in the hills is almost like a meditation…you’re on you’re own path, lost in your own thoughts…I don’t need or want to talk. There is a special stillness and a silence about them, the latter occasionally broken by the sound of a bell (in a chapel or on a cow), birdsong, the bark of a dog, the ripple of a stream…or as in the pic above a whole cacophony of goats and streams.  Whether its an Alp, a Cotswold, A Dolomite or a Macgillycuddy…I feel more and more drawn to the uplands.  And yet, while my soul may hanker for the highland my heart firmly belongs to the city.   Funny old world!