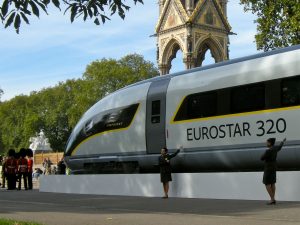 I’ve always loved trains…not in a trainspotting nerdy fashion…I just like travelling on them…although currently I would advise anyone travelling in the UK to be very wary of that Southern Rail nightmare to and from Gatwick Airport. Otherwise I love being on the rails…in spite of having experienced some truly dodgy journeys over the years, including a three day version from London to Athens way back in the Dark Ages when I was a student with little money. Crowded, slow and occasionally smelly,  I slept on the luggage rack and loved every minute of it.

More recently there was the Trans Siberian from Moscow to Beijing. It had its moments as sometimes there was a dining car…and other days nothing, but always a babushka with a samovar at the end of every corridor. We got accustomed to doing a supermarket sweep before we boarded after each stop-over. Interestingly the men bought beer and pot noodles while the female of the species indulged in yoghurt, bananas and vodka.  However the never-changing scenery of forests and plains was mesmeric and soothing, while the glory of Mongolia made a diet of bananas and vodka seem like nectar.  One of the more unfortunate aspects though was the gauge change when we crossed into China…all doors were locked as were all the lavatories. There were carriages full of the truly distressed especially as the change took almost six hours! I read Thich Nhat Hanh to keep me focussed.

But my latest journey is possibly the one I will love forever – St Pancras to Marseilles on Eurostar. Rarely have I loved a journey more….compared with my last seven flights this was the ultimate trip…even passport and security at the St Pancras International was, dare I say it…civilised and well-mannered.  Add to that a six hour journey with breakfast and lunch served while we seamlessly sped through France. There was room to move, space if not exactly to swing a cat , but possibly a small hamster, charming service and great visuals throughout as the scenery changed constantly.  I could make calls, do some work and charge my phone but also daydream of how this is really the best and stress-free way to travel.  While I still need to fly I promised myself that where possible I would let the train take the strain…and have started looking at rail journeys through Switzerland and Italy, finding out how I can get from A to B in Spain and looking forward to the Bullet later in the year in Japan.  In the meantime I’m just off to Sheffield! 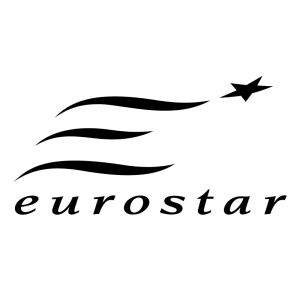